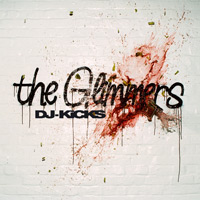 If, as has been declared on a number of occasions in the past two years, dance music really is dead, somebody forgot to tell Mo Becha and David Fouquaert, aka The Glimmers. The era of Superstar DJs might be over – thank God – but one listen to Mo and Benoelie’s (David’s meaningless nickname since school) dizzying blend of postdiscopunkelectrohousetech, as nobody calls it, and you’ll come away befuddled by the pronouncements of dance music’s passing. In their skilled and dextrous hands, disco no longer sucks and acid house’s unparalled energy has been revitalised. Those with the inside skinny have long known this: for the last five years The Glimmers have been dance music’s best kept secret, and, as such, its saviours in waiting.

Until recently, the duo were known as The Glimmer Twins. Not in itself a nod towards Mick Jagger and Keith Richards’ hedonistic nickname, but an apt moniker nonetheless. As tales of their devastating adventures on the wheels of steel began to multiply, however, they decided not to risk incurring the wrath of The Rolling Stones’ litigious-happy lawyers and accordingly dropped the last part of their name.

Name adjustments aside though, 2005 is The Glimmers time. Hailing from the fertile fields of Ghent in Belgium – the same town that gave dancefloors the world over 2ManyDJs – The Glimmers have never been privy to the narrow-minded style fascism which often plagues great metropolitan areas like London or New York. Rather, they have assimilated all aspects of music into their dazzling mix.

First and foremost, Mo and Benoelie are both sonic archaeologists and musical sociologists: on the one hand they rapaciously dig through time cultivating new styles to add to their constantly evolving spirit, while on the other, they keep their ear to the ground devouring the futuristic and alien sounds which constantly spring from music’s never-ending well of inspiration.

Proof of this arrives with the release of their DJ-Kicks album. Their first release which works purely as a DJ mix album, rather than a collection of tracks which are then fed through their unique brand of turntablism – see their much vaunted Eskimo compilations and Serie Noire I & II, or last year’s marvellous ‘The Glimmers : re-edited, mixed & ph*cked up’ on Eskimo Recordings – this album sees Mo and Benoelie assume their rightful position as the true heirs of David Mancuso, Harvey, Larry Levan and François Kevorkian. Musics, cultures and sexualities are all blurred, as the dancefloor becomes one big polymorphous playground.

Disco is the main axis upon which these 18 tracks swing, but this is a disco utterly unrecognisable from the diluted abomination of Saturday Night Fever lore. In Hamilton Bohannon’s 1979 classic, ‘The Groove Machine’/‘The Boogie Train’ (exclusively re-edited by the Idjut Boys for this album), it’s a disco wholly suited to New York’s famed Paradise Garage. On Rub ‘N Tug’s magical (again exclusive) re-edit of Chicago’s ‘I’m A Man’, its blues-y rock re-born as hypnotic disco. Conversely, the first three tracks – Bis’s take on that post-punk staple made famous by A Certain Ratio, ‘Shack Up’, Peaches’ filthy rumpshaker ‘Lovertits’, and Big Two Hundred’s lo-slung ‘Approach And Pass With Contact’ – are examples of the nefarious new wave disco which is all the rage in London and Berlin.

Indeed, in amongst the ragged rock’n’roll sneer, the beatific house rhythms and the exhilarating dark metronomic throb of Belgian new beat, The Glimmers never-ending fascination with the dancefloor’s more spectacular curve balls throws up a curious geographical trip. Alongside New York, London and Berlin, Barcelona is visited on the intricate electronica of Impi’s ‘Impi’ and the electronic rockabilly dub of Two Lone Swordsmen’s unwavering ‘Showbizz Shotguns’; the spirit of Philadelphia is evoked on Kerri Chandler’s magical ‘Disko Satisfaction’ and if you close your eyes tightly enough you can just about make out The Glimmers’ hometown on Deepstate II’s hip house anthem, ‘Everybody Get Down’, produced by no less than Danny Tenaglia fact fans, and their very own, hyper kinetic, neo-digital punk funk monster ‘Cassette’, an exclusive to DJ-Kicks, as is Out Hud’s spatial rewiring of Magnetophone’s ‘Kel’s Vintage Thought’.

Far from being the faceless and featureless linear DJ mixes of old, The Glimmers have invested their DJ-Kicks debut with a musical schizophrenia that would be certifiable if it weren’t so goddamn funky. It’s mixed up, but it’s cohesive: it has its eyes on the future and it’s heart in the past. It brings to mind the best works of Andy Weatherall, Derrick Carter and Trevor Jackson, yet has a unique charm that is all its very own. It is without doubt the best advert for freaky dancing in 2005.
However, proselytising about this mix is nothing compared to listening to it. So do yourselves a favour, sack the DJ from your next house party and press play on this little beauty instead.